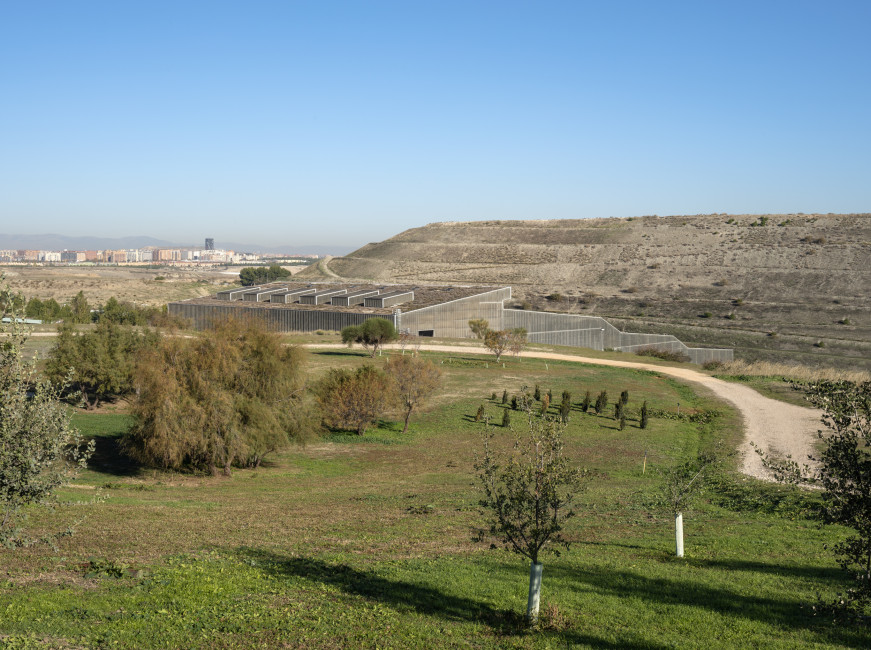 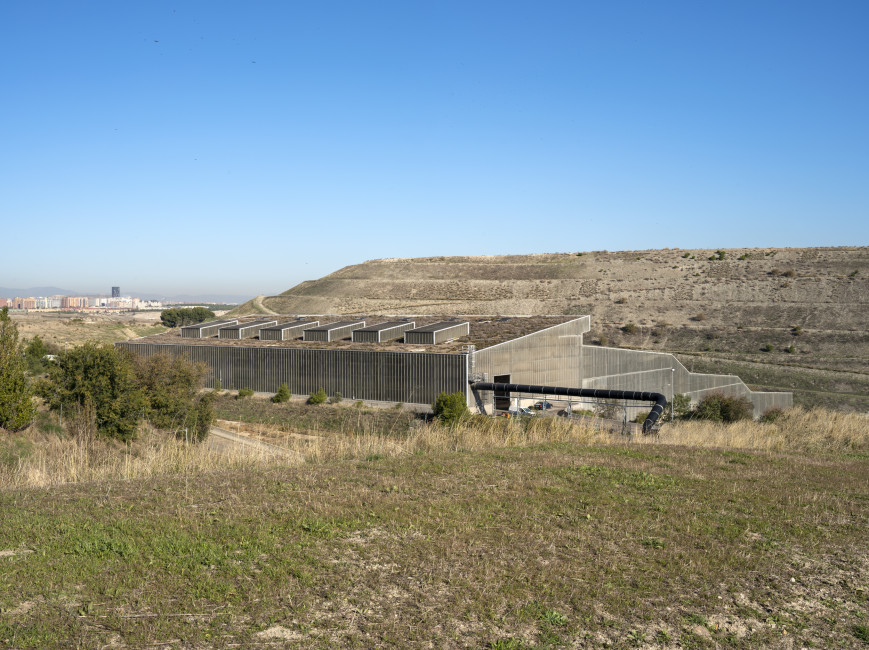 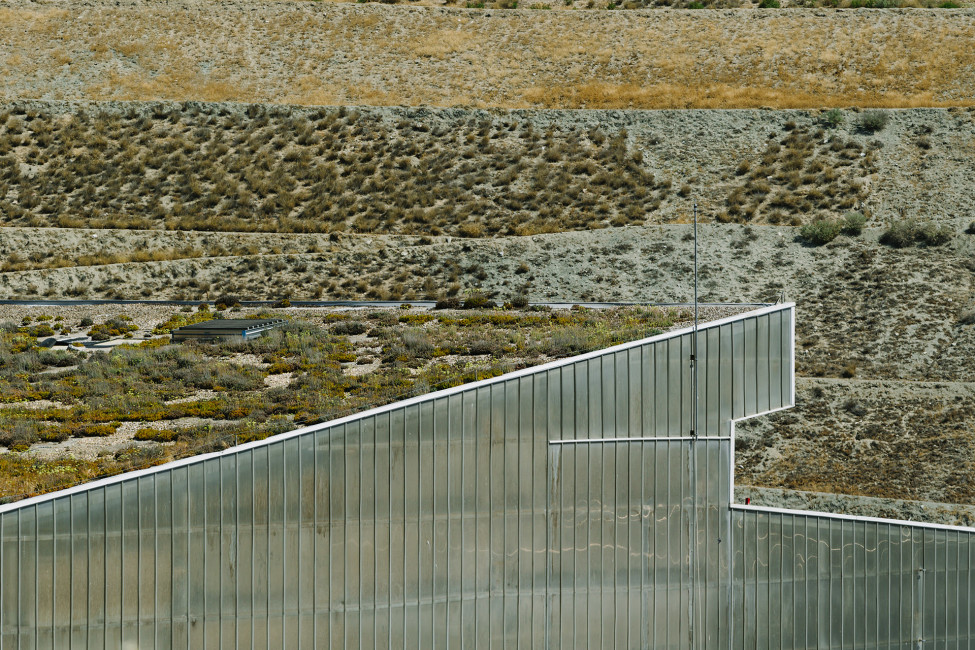 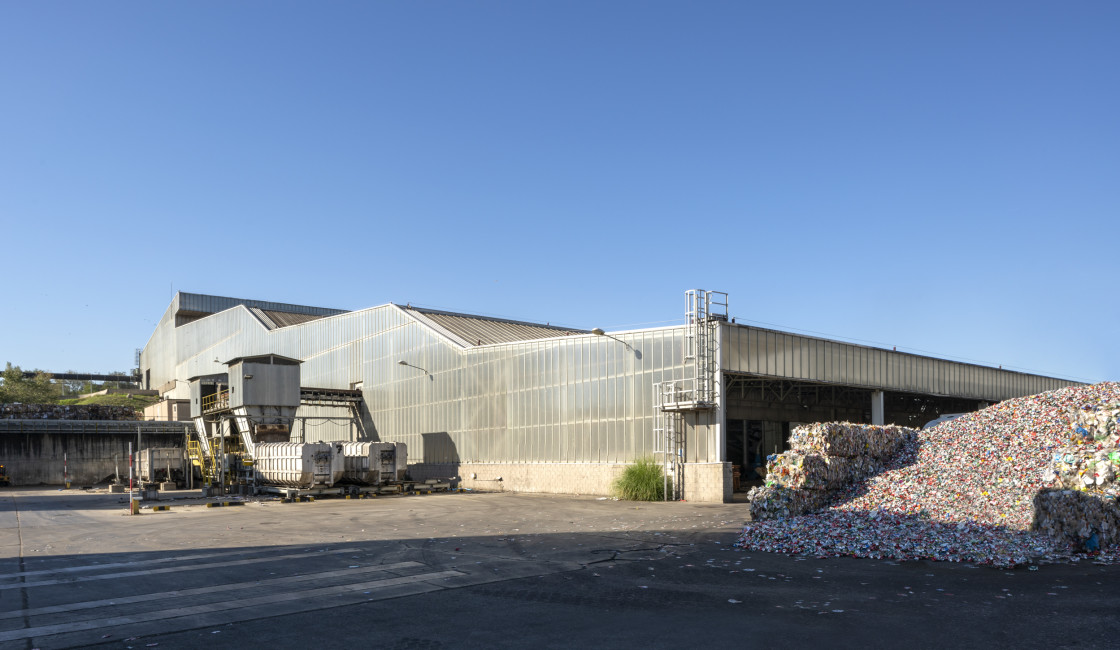 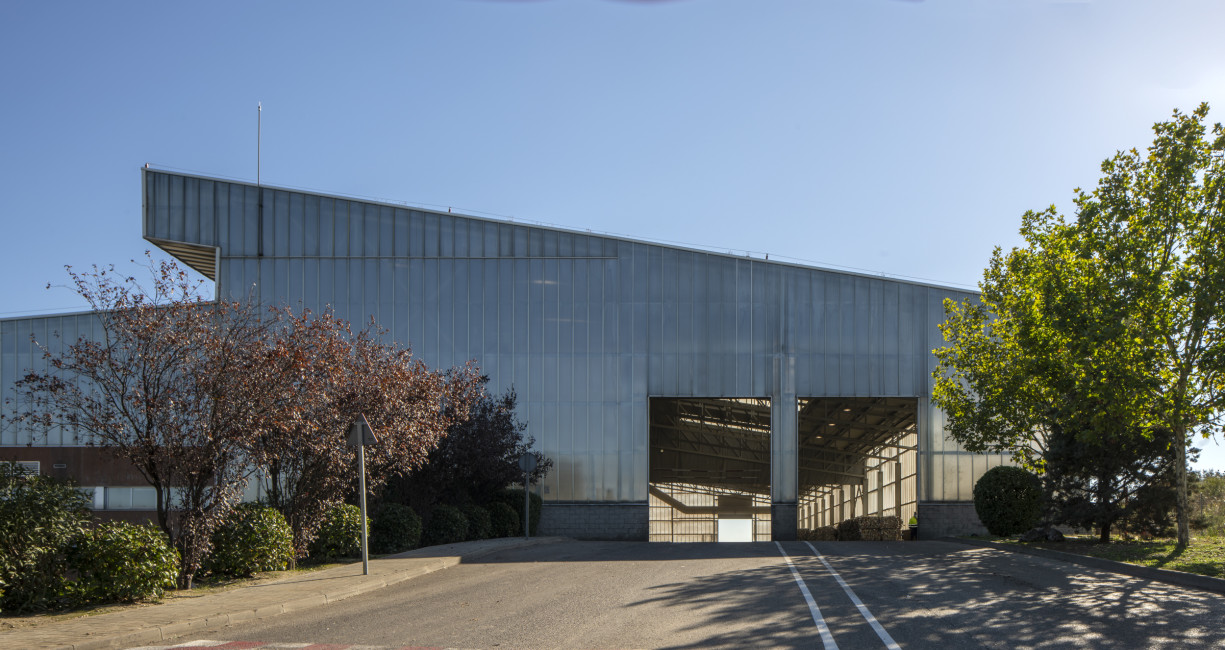 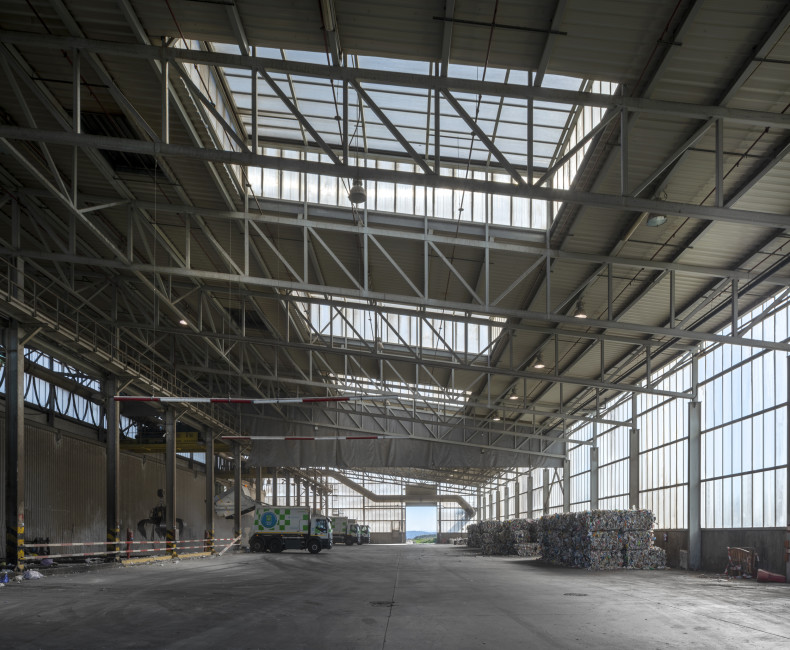 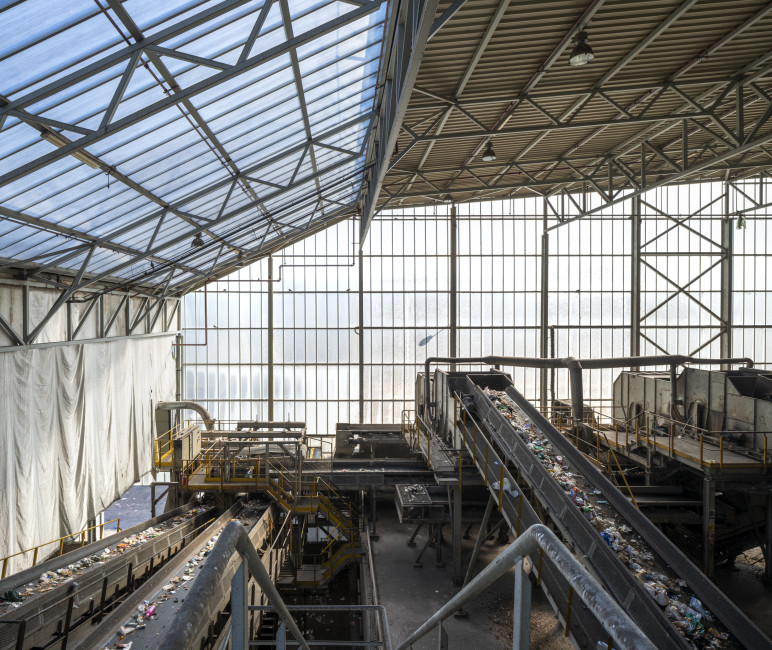 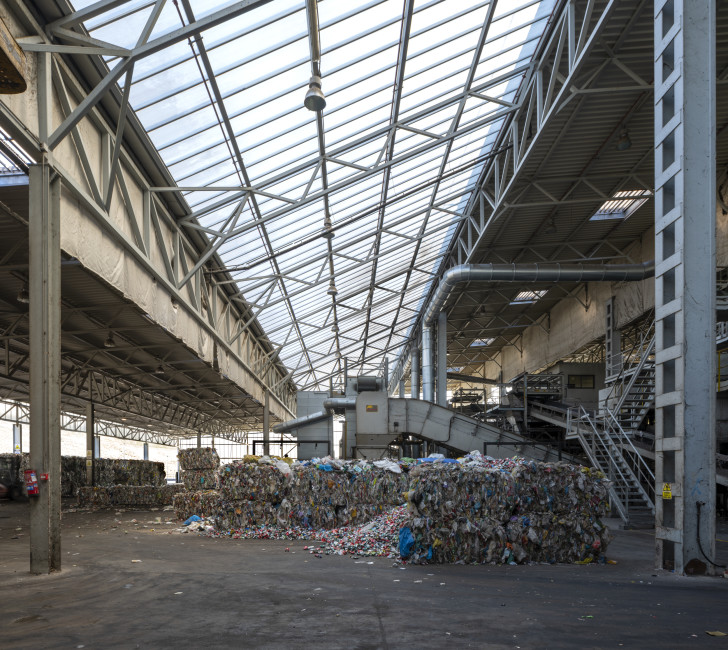 The new location for the waste recycling plant in Valdemingómez resolves itself, within the landscape restoration process of the former ladnfill, two difficult situations that are created by the development of the Forest Park: on one hand, its compromised location within the recovery area, since it interrupts its continuity and, on the other, the neccesary road access to the plant. The current position of the plant, located between the Forest Park and the Environment Technology Centre, compromises to a large extent the transformation and recovery that is being carried out, so we decide to shift the new plant to an edge position, in a limit between landfills, considering that this is the ideal solution to make easier such transformation process. So, the first decission consisted in taking over the strength of the edge, the boundary, formed in this case as the landfill slope, the transition between the plateau with the perimeter. In this way, the main building takes advantage of the existing topography and folds the roof like giant slopes with tis berms, reproducing the landfill silhouette, in a gesture according to the context that helps to understand the scale of the intervention in the territory responding, at the same time, to the implementation and organisation of the waste treatment process, that works in favor of gravity. The building, coated with transparent polycarbonate, absorbes the different shades of the sky and the landscape; it reflects light and colour; it blurres and modifies the perception of its scale, it seems smaller than what it really is. From the outside, it shows opaque and mysterious without revealing its content, while from the inside we discover a sequence of monumental spaces full of light, mechanised and highly industrialised with silent conveyor belts endlessly displacing tonnes of waste. We propose an industrial container where waste, transformed by light, can have a new life. From the Forest Park, only the roof garden that covers the waste reception pits is distinguished, sligthly inclined in the opposite direction to the slope to become an apparent end and connection element with the landscape, using the same local species and textures that covers it, of low maintenance costs. The metal finishing of the roof and some skylights, made out of the same polycarbonate used in the facades, reveal the existence of an inner space artificially illuminated.